A helpful rebuttal to the paedobaptist argument that Luke uses "brephe" (often translated "infant") in chapter 18. 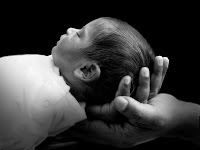 The Greek for infants, or babes, is usually brephe ; but even this word is sometimes applied to children that are not infants. Thus, Luke, in his narrative of this transaction, once uses the term (v. 15) in the same way as paidia, —rendered in our Version by "infants". Here, however, the fact that Luke, in all other places in the passage, employs the word paidia, as is done in every case in Matthew and Mark, shows that children older than infants are meant; just as, in 2 Tim. 3:15, we read of Timothy, that " from a child" (apo brephous) he was " acquainted with the Scriptures" ; where brephos quite clearly does not mean a babe, or infant.

The manner in which the Evangelists narrate this transaction, proves beyond question, that the children spoken of were not infants but young growing children, capable, not only of walking, but of understanding speech. All three of the Evangelists represent our Lord as saying "forbid them not to come" elthein, erchesthai, —not, to be brought which idea would have been expressed by prosenecthenai, — evidently implying that the children could walk. And even more than this is said ; for Luke,—the very Evangelist who uses brephein one place, as we have seen,—says expressly, "Jesus called* [proskalesamenos having called ; showing that the children are addressed in person] them unto him."

The word brephos is applied in a number of places in the Greek Classics to children capable of intelligent action. Theocritus (who nourished 272 B. C.) uses it of a boy who was old enough to understand what his mother was saying about his father (Idyl 15,1.14). Moschus (fl. 154 B. C.) applies it to the ("runaway" Cupid (Idyl 1, 1. 11). Anacreon (fl. 559 B. C.) does the same, several times, in his Ode to Eros (Ode 4). Bee also Lucian, Toxaris, 26; and the Palatine Anthology, 7, 632. Other examples might he cited. For those here given, the Author is indebted to the research of his friend, Geo. Wyndham, Esq., of New Orleans. Source: History of the Early Baptists From The Beginning of the Gospel To the Rise of Affusion As Baptism, And Of Infant Baptism by William Cecil Duncan - January 1, 1857 (p. 145)